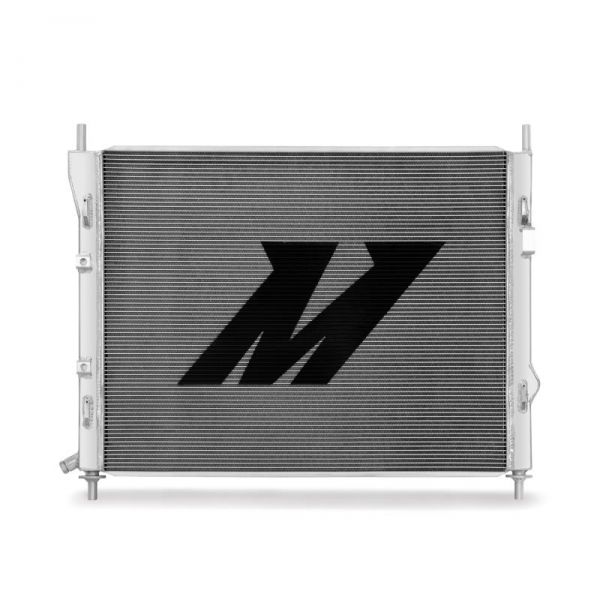 Cool down your Coyote. The Mustang GT’s Coyote engine is a feat of engineering, but every engine needs to maintain proper engine temperatures. After whining the engine out to its 7,000 RPM redline during some hot laps at the track engine temps will start to rise. The Mishimoto Mustang GT radiator is up to the challenge of keeping temperatures down, even after consecutive laps with the peddle mashed to the floor. The 52mm, 3-row core is a massive upgrade over the stock radiator. With a 77% increase in coolant capacity over the stock performance package radiator, overheating won’t be an issue. Launch your GT down the strip as much as you want, and you’ll have the peace of mind that coolant temperatures will be right where they’re supposed to be.