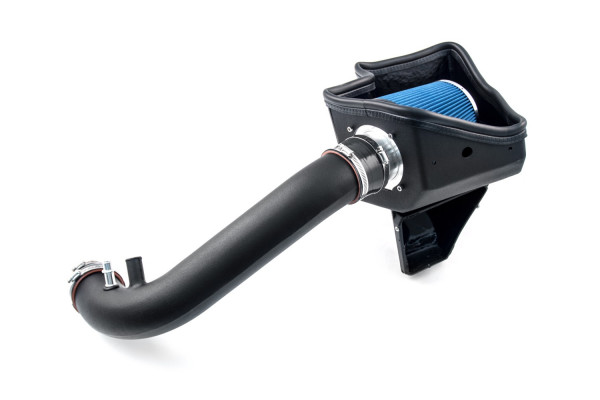 Our engineers started with a large surface area high-flow nano-fiber air filter, added our famous 'race-tested' velocity stack entry and then designed a black rotory-molded heat shield with a durable rubber gasket to seal the shield against the vehicle's hood.

You would think this is more than enough, but we went the extra mile and designed this intake system to with a complete replacement intake tube from the CAI box to the turbo!

This Steeda ProFlow Mustang Cold Air Intake for S550 2015-2018 EcoBoost Mustang is so effective at improving airflow to the engine that simply bolting it on will increase your horse power and torque.